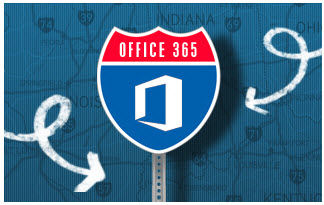 I often get asked about features, both new and upcoming for Office 365. For those interested and those who might not already be aware of it, Microsoft is providing a great and frequently updated Roadmap page for Office 365.

This page is your one stop shop – to go for updates on the Office 365:

If you bookmark the Roadmap page above – it’s a great ressources to keep updated on new and upcoming features on Office 365. The Roadmap breaks updates out into four categories:

The Launched category is for updates that are already live for all customers. Updates that are Rolling Out will be live for some customers and coming soon to others as the code propagates. In Development updates are still being developed and tested at Microsoft and are scheduled for a future release. The Canceled section lets customers know which previously planned and announced updates have been scrapped. The Office 365 Roadmap applies to commercial and academic licenses of Office 365.

FSLogix 2201 is now available in Public Preview. You can read the release notes and sign up to participate here: https://msft.it/6019ZNlGh

Did you know that #MicrosoftSentinel free trial now inlcudes also the #LogAnalytics costs? Previously, Sentinel data was free, but you still had to pay for Log Analytics during free trial https://azure.microsoft.com/en-us/pricing/details/microsoft-sentinel/

Have you reviewed your Defender for Office/EOP configuration recently? IT Pros - comment with other helpful resources👌

Still Not a Ninja@rodtrent·
18 Jan